Neil and his friends would get dancing lessons at the School of Arts on the corner of Young Street and Victoria Street, Carrington. This building is no longer here. Neil said there were two schools in Carrington then – Carrington Public and a Catholic school.

He remembers he would get milk at school which was always warm, as there were no fridges there. Neil also remembers practising what they had to do if there was an airraid during the World War 2. He said the day the war anded they went home early but they didn’t know they were going home early. 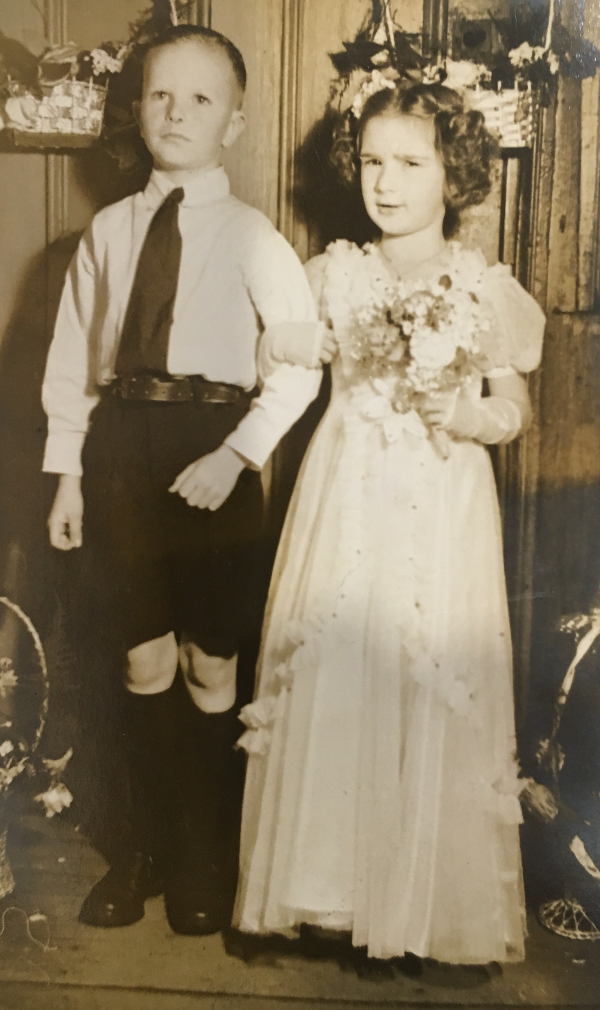 Neil Pitt (aged 9) & partner Dorothy are off to the Carrington “School Frolic”. June, 1946