Below are some collected stories from ‘Old Newcastle’, courtesy of Newcastle Region Library. Do you have some to add? See our Competition for more info. 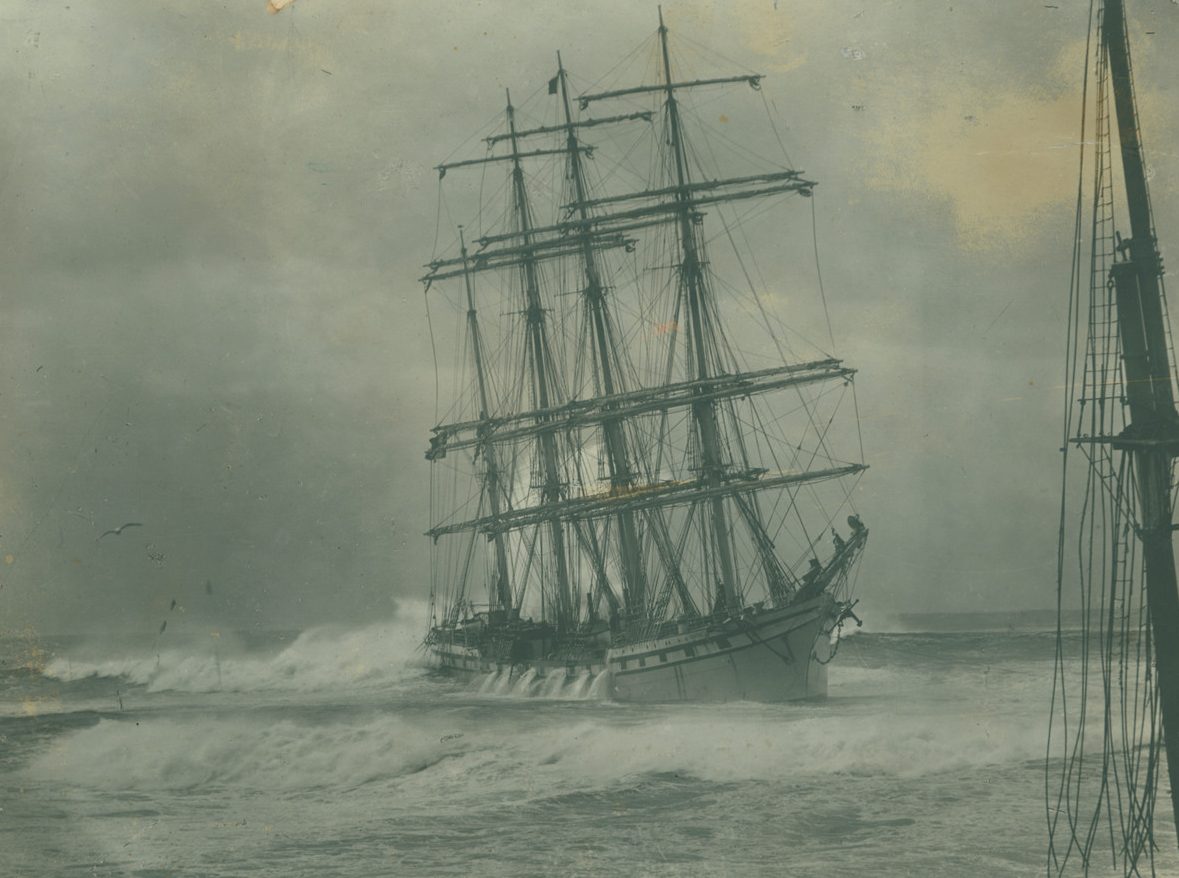 The harbour has always been a place of leisure and spectacle as well as of business and industry. Wandering down to the foreshore or breakwater to watch impressive ships sail into the port was a common pastime, and when a strong gale brought rough weather and heavy seas the sight could be particularly popular. On September 30 in 1904, when the four-masted French barque Adolphe tried to enter the harbour it was reported that thousands gathered to watch. What the spectators witnessed was not what they expected.

Coming from Antwerp and having completed a fast passage of only 85 days, the Adolphe was being led into the harbour by two tugs, the Hero and the Victoria, and had one of the port’s oldest and most experienced pilots at her helm. As the Adolphe approached conditions worsened, and when she got near the bar the hawser (towing rope) from the Victoria snapped. The Hero alone could not keep her straight against the force of the now monstrous seas, so the Adolphe was lifted up and deposited on the Oyster Bank, along the northern side of the harbour entrance. She quickly filled with water, but fortunately her hull remained partly intact so the crew could seek some refuge. A lifeboat was soon on the scene rescuing all on board.

This photo shows the stranded Adolphe, and in the foreground the mast of the Regent Murray wrecked five years earlier in 1899. They are only two of many vessels that were wrecked on the Oyster Bank; others include the Cawarra, Colonist, Lindus, and Wendouree. 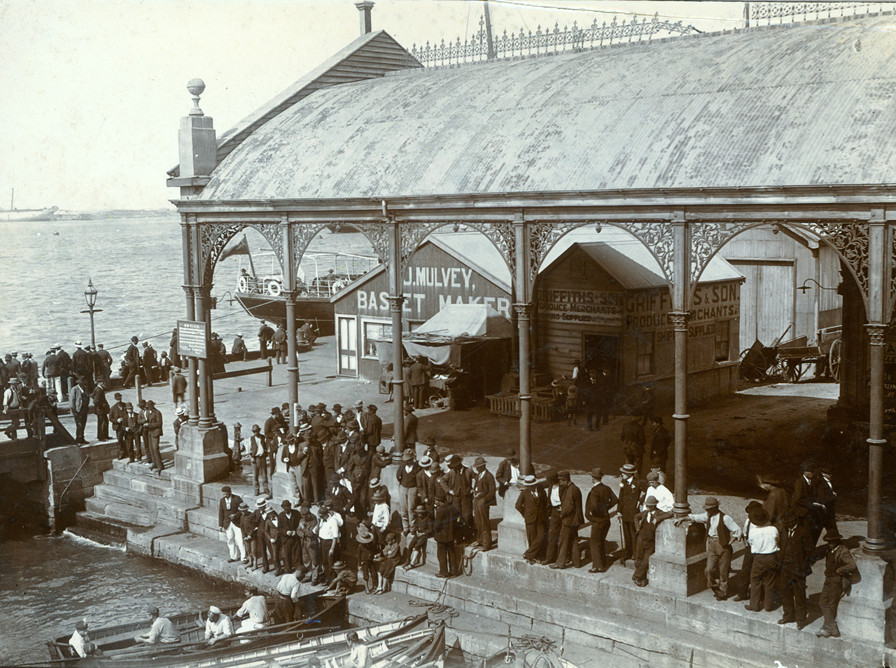 When the harbour was crowded with vessels from all over the world there was a huge demand for local supplies. Local traders, the butchers in particular, had a lot to gain from being the first ones to intercept a ship and spruik their wares, and a keen rivalry developed. The butchers sought out the most experienced and daring of Newcastle’s boatmen to act as their representatives, offering bonuses for any orders these men secured.

When a new vessel was seen on the horizon the ‘butcher boats’ would embark on a long and often treacherous race to reach the ship first. The men needed to be experts in handling small boats on the open sea, and when they neared the immense vessels be able to ‘hook on’ while the ship was travelling under sail or tow. It was dangerous work and you needed not only to be skilled but brave and always ready to depart at a moment’s notice regardless of weather and sea conditions.

This is an image of the Market Street Wharf from 1898. While large coal ships dominated the activity in the port, there were also a significant number of smaller locally based boats, like the ‘butcher boats’ and farmers transporting produce to the Newcastle markets. The Market Street Wharf was a hub for much of this activity. 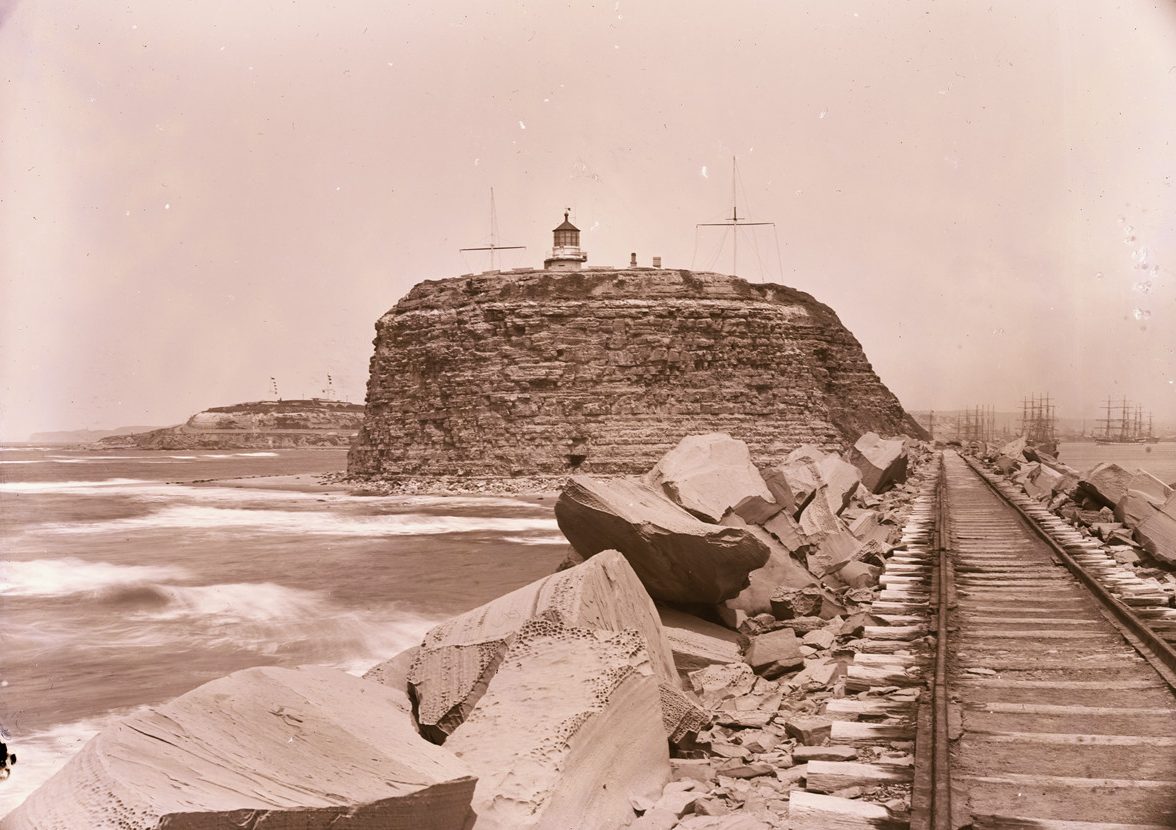 In 1770 Lieutenant James Cook was the first European to record an account of the “small clump of an island lying close to shore” at the entry to what would become Newcastle harbour. But this island, which we now know as Nobbys, already had many stories and an important history. To the Awabakal people it is known as Whibaygamba, and was the home of a giant kangaroo, who after he was banished by his clan for breaking the laws of kingship sought refuge by hiding within the island.

When European traders and settlers came to the harbour to dig coal from the cliffs and fell cedar trees along the foreshore, this ‘small clump’ was named Coal Island. After Newcastle was established, the first major improvement to the harbour was Macquarie Pier, a causeway between the island and the South Head of Newcastle Harbour. Commenced in 1818 and largely undertaken by convicts, the construction happened in waves, moving with the fortunes and development of the wider city and harbour. Nobbys and the mainland were finally joined in 1846, but the pier did not withstand the onslaught of the sea and regular repairs were required.

This photo from 1892 shows the breakwater extension beyond Nobbys which was completed in 1883. The railway line was used to carry stone from a government quarry in Lambton for construction of the breakwater and to reinforce Macquarie Pier.